The Rights of Older People: One of The Most Neglected Areas in Advancing Human Rights in Africa 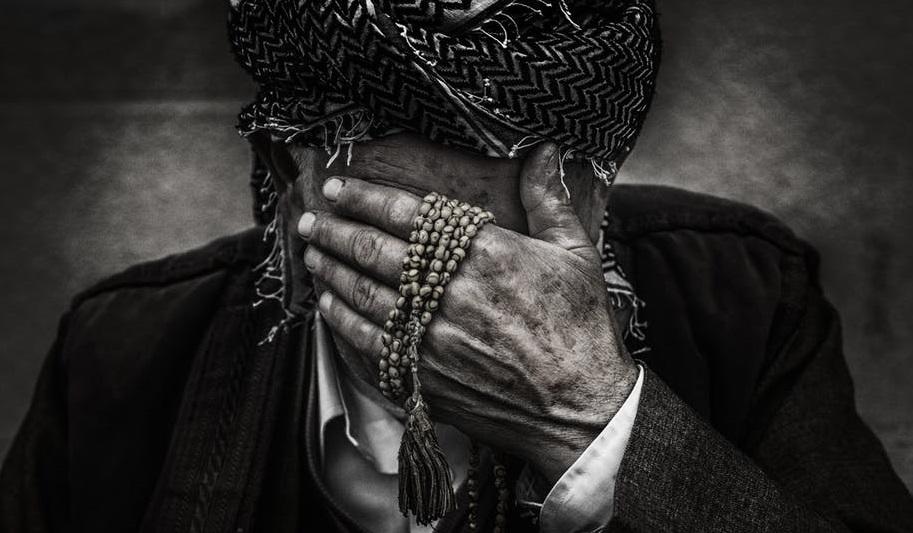 Roseline is the International & Regional Policies Coordinator at HelpAge International, Africa Regional Office. She has over ten years’ experience in international development and exposed to in-depth international development and program/project issues within inter-disciplinary and multi-cultural contexts. She has worked in a wide range of sectors including health, network development, social protection, rights and discrimination, emergencies, advocacy and policy influencing while working with diverse vulnerable groups and a wide range of stakeholders including government ministries, Africa Union, International NGOs and national and local organizations. Roseline has actively engaged the Sustainable Development Goals, data revolution, UN convention for older people rights and AU human rights debates at national, regional and international levels sharing and shaping the age inclusion while providing technical capacity and facilitating older people and their supporting institutions to engagement at all levels. She holds a Master in Development Management, a Master in Communications studies, and a Bachelor degree in Agriculture and Home Economics

As Africa continues making progress in human rights, the rights of older people continue to be invisible within sustainable development, gender equality, protection of human rights and non-discrimination debates. The specific national mechanisms necessary for the protection of older people are lacking, and those that exist are poorly implemented, and suffer from weak coordination and accountability mechanisms. This is despite human rights[1] being universal across the life course and remaining unchanged as the population grows older. Even with African Head of States in January 2016 adopting the African Charter on Human and People’s Rights on the Rights of Older Persons in Africa[2] none of the countries have ratified the Protocol and it needs 15 countries to ratify for it to enter in force[3]. Further, the current priorities and call for global and regional development community[4], has a focus on addressing the needs and rights of people of all ages to ensure dignity and prosperity for all through commitments on equality and non-discrimination, human rights and ‘Leave no one behind” by reaching the farthest left behind first. But, minimal policy and programmatic interventions including financing by both government and development partners exist to realize these commitments.

Without specific measures to guarantee inclusion and autonomy, dignity and equality, older people cease to enjoy their human rights.

This is happening in a region experiencing the highest increase of the older people in the population as the youth bulge transits to an old age bulge and characterized by high numbers of youth. Africa has the highest proportion of economically active people over the age of 65 in the world[5], contributing to society in many ways as farmers, enterprises and mentors, professional personnel in different field, care givers among others. But ageing is also characterized by an increased risk of ill-health and disability. Africa has approximately 64 million people aged 60 years and above representing 5% of the population. By 2030, there will be 103 million older people in Africa representing 6% of the population (UNDESA, 2013).

Ageism is widely tolerated resulting in negative perception and attitudes towards old age and older people and is rarely challenged. Ageism results in discrimination, neglect, abuse and violence against older people as well their exclusion from policies and programmes.

The majority of older people live in poverty or extreme poverty and denied the right to make decisions about their personal finances, property and medical care (UNFPA/HelpAge, 2012). Many older people have no access to, or choice and control over, the care and support services they may need to live independent lives (HelpAge, 2018) [6].  Older people particularly women continue to shoulder the burden of family care while they face specific threats to their rights in relation to age discrimination in property and inheritance especially land; access to information and education; access humanitarian services, and financial services. Older people are denied their rights to access to justice, equality before the law and the rights to housing, privacy and a private life are denied. Age is a barrier to employment with many countries forcing older peopple to retire at the age of 60 despite them being capable to holding full employment or providing them with reskilling programmes. According to Ageing in Twenty –first Century report (UNFPA/HelpAge, 2012) older people consulted in Kenya and Ethiopia, reported difficulties to accessing formal labour market a situation reinforced by the national, age discriminatory legislation. Further, older people experience discrimination in accessing their health and social protection rights against their age preventing them from access to specific and adequate health care  and legal protection.

In many parts in Africa, older people are accused of witchcraft because of age and gender stereotypes and then forced out of their homes or even murdered.

In Tanzania for instance, the Legal and Human Rights Centre reported 394 cases of killings of older persons due to witchcraft allegations in 2016, of whom 70% were older women.[7]

While the Africa Region leaders have contributed to both international and regional specific frameworks and commitments devoted to ageing, including but not limited to: The 1982 Vienna International Plan of Action on Ageing; The UN Principles for Older Persons; The 2002 Madrid International Plan of Action on Ageing (MIPAA); AU Framework and Plan of Action on Ageing (2002); and AU Common Africa Position on the Human Rights of Older Persons (2012), they have no legally-binding power. Even where States would implement these commitments, they would not address the full range of specific rights older people required, and there is no independent monitoring or accountability mechanisms to assess progress, nor an investigatory body for violations and noncompliance. Implementation without stringent monitoring also provides no feedback to further improve programmes and implementation of the commitments. The target population and other stakeholders have no basis to call upon their government to enforce equal treatment and protection with the offerings of these documents.

Improved implementation of existing policy documents alone will not address this protection gap. There is also need to address the weak legal standards, international standards that are not put into practice, low levels of accountability and coordination, and the inability for dialogue around lessons learned for continuous improvement in levels of progress.

States continue to see ageing as a social welfare and older people as recipients of welfare rather than right holders who should enjoy their rights on the same basis as everybody else.

Age discrimination is still not prohibited in many national constitutions and not covered in anti-discrimination laws. A paradigm shift is needed from a social welfare to a rights-based approach. National Data management systems are not responsive to data disaggregation by age in collection of data on development and violence.

HelpAge has taken a twin track approach to its work on human rights at the international level: on the one hand monitoring and encouraging better implementation of international human rights law and on the other hand calling for new international convention on the rights of older persons. For instance, HelpAge with its network partners, have submitted shadow reports to the CEDAW and ICESCR Committees and stakeholder reports for the UPR.

During the on-going UN Open-ended Working Group on Ageing, HelpAge has supported older people and their organsiations to participate in the discussion of their rights and inputted significantly in the OEWG sessions. HelpAge and its network members have been submitting shadow reports on the rights of older people to UN treaty bodies since 2006, engaging with UN special procedures since 2007, contributing to UPR stakeholder group reports since 2008 and active at the Human Rights Council since 2009. Since 2010, HelpAge has participated in the Commission on the Status of Women as well as Post 2015 discussions and domestication and implementation of Sustainable Development Goals. In 2012, HelpAge initiated the Global AgeWatch Index[11], which ranked countries by how well their older people are faring on domains of income security, health status, capability, and enabling environment. And in 2018, contributed the decision made the 49th Session of the UN Statistical Commission[12], of the establishment of the Titchfield City Group on Ageing and Age-Disaggregated Data. The Group will support in seeking ways of dealing with the gaps and challenges in relation to the collection, analysis and use of data on ageing and older people.

At the regional level, HelpAge holds an observer status with African Union and MoU which has seen the two institutions collaborating in enhancing the legal and policy environment for older people. Some key joint instruments that HelpAge has developed or contributed to include: The Africa Union Policy Framework and Plan of Action on Ageing (2002); The Africa Social Policy Framework (2008); The African Protocol on the Rights of Older People (2016); the monitoring and evaluation framework to help track Member States’ progress in implementing the above Protocol and the AU Policy Framework and Plan of Action on Ageing; and African Common Position on Long Term Care.  Intensified relationship with a wide range of strategic partners is underway: Africa Commission for Human People Rights having secured an observer status in 2017, UN ECA, Women Organizations, Disability organizations, Youth Organizations and Africa Network for Human Rights Institutions.  All are expected to support enhancing the rights of older people and their inclusion in sustainable development.

At National levels, national level campaigns have been undertaken to draw special attention of law enforcement bodies, legislators and human rights actors to profile the exclusion and magnitude of the neglect, abuse and violence by older people.  During events around key celebrations such as Human Rights Day, World Health Day, the International Day for Older Persons among others, HelpAge supports older people and their organizations as part of the Age Demands Action campaign, and HelpAge global network to carry out campaigns on the human rights of older people and their equity and inclusion.  At country level, partners engage with local and national leaders for improved access to health and income, promotion of their human rights and protection from violence, discrimination and abuse. HelpAge is currently intensifying efforts to establish and strengthen Older people’s movements and ageing organization platforms to amply the voices of older people, advocacy and policy influencing and provision of technical support.

Better protection of the rights of older people will ensure that older Africans can enjoy lives of dignity and equality and participate in society in their older age.  The African Union Protocol to the African Charter on Human and Peoples’ Rights on the Rights of Older Persons in Africa and on-going discussion on a UN convention on the rights of older persons provides an opportune moment to ensure older people enjoy the full rights and freedoms on equal basis with other population groups.

To promote and protect the rights of older people, we are calling on:

HelpAge International: the secretariat to the HelpAge Global Network, which brings together a wide range of organisations and individuals working to promote the rights and meet the needs of older women and men, nationally and/or internationally. HelpAge International hosts a unique worldwide alliance of over 127 organizations’ in over 77 countries. Our long-term vision is to establish a global movement of strong connected age focused and older people led platforms in every country in the world. HelpAge International is also a member of the Africa Working Group, a coalition that brings to gather civil organisations in Africa to engage SDGs. HelpAge is also a co-chair of the Stakeholder Group of Ageing which brings together ageing organisations to advocate for the inclusion of older people in the implementation of Agenda 2030. It is currently recognised alongside Major Groups. Website: www.helpage.org.

[6] HelpAge, 2018, Freedom to decide for ourselves: what older people say about their rights to autonomy and independence, long term care and palliative care

[9]  The Convention on the Elimination of All Forms of Discrimination Against Women (CEDAW, 1979)