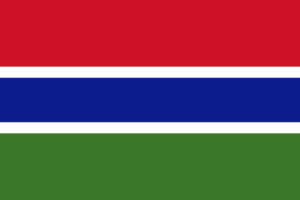 Arusha, 23 November, 2018: The Republic of The Gambia has deposited the declaration required under Article 34(6) of the Protocol to allow NGOs and individuals to access the African Court directly.

The notice of deposition was signed by President Adama Barrow on 23 October 2018.

The Gambia becomes the ninth country to allow NGOs and individuals to access the Court directly. The Gambia had ratified the Protocol establishing the Court in June 1999.

In April last year, Tunisia deposited the Article 34(6) declaration to allow its citizens to access the Court.

‘’By depositing the declaration, The Gambia is reaffirming its seriousness in upholding human rights of its citizens,’’ said the President of the African Court, Justice Sylvain Oré, adding that more countries should follow The Gambia’s footsteps.

Other countries that have deposited the declaration are: Benin, Burkina Faso, Côte d’Ivoire, Ghana, Malawi, Mali and Tanzania.

“For the Court to achieve its objectives and further strengthen African human-rights systems, a greater number of countries must ratify the protocol and make the declaration under Article 34(6),” stated Justice Oré.

2. Since the adoption of the Protocol in June 1998, 30 of the 55 AU Member States have ratified it and only eight State Parties to the Protocol have made the declaration under Article 34(6).

3. The success of the Court as a human rights protection mechanism requires much wider ratification of the Protocol by Member States, as well as their acceptance of the competence of the Court by making the declaration under Article 34(6). This “universal” ratification will give the Court the legitimacy it needs to effectively discharge its mandate.

5. The Court is composed of 11 Judges, nationals of Member States of the African Union elected in their individual capacity.

.Further information on the Court can be obtained from the Court’s website at www.african-court.org.