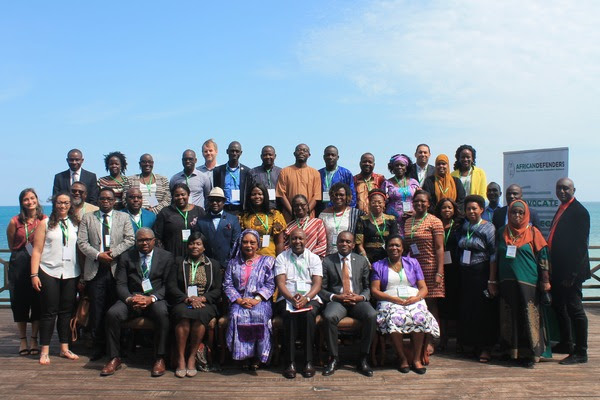 10. With a view to distilling the outcomes of the panel conversation, the participants carried out group work discussions to further analyse the gaps and challenges in the protection of Human Rights Defenders in Africa, and provided concrete recommendations to improve the effectiveness of the system. The groups made the analysis within the following thematic framework: 1. gaps in knowledge of the existing mechanisms 2. gaps occasioned by a lack of political commitment by states, 3. gaps in the institutional framework (instruments and mechanisms), and 4. gaps in the implementation of treaties, decisions, and roadmaps.

11. The second day of the Convention was opened by Mr. Donald Deya, Chief Executive Officer of the Pan African Lawyers Union (PALU), giving an overview of the previous day’s deliberations. This was followed by a panel on AfricanDefenders’ renewed vision and the hub cities concept with Ms. Memory Bandera, Director of Programmes and Administration, and Mr. Joseph Bikanda, Co-ordinator of AfricanDefenders’ Secretariat. Ms Bandera took stock of the achievements of AfricanDefenders over the past decade, examining its protection responses, advocacy and research initiatives, capacity building strategies, and efforts to enhance its visibility. She also highlighted the challenges affecting the effectiveness of AfricanDefenders. Mr. Bikanda, on his part, explained the Ubuntu Hub Cities initiative as a protection measure for the relocation of HRDs at risk on the African continent, and identified the existing hub cities in Kampala, Tunis, Abidjan, Pretoria, Johannesburg, and Cape Town.

12. When opened to the plenary, conveners welcomed the important progress made by the Secretariat and raised questions pertaining to the Ubuntu Hub Cities initiatives. Responses from the AfricanDefenders secretariat clarified the criteria for the eligibility of HRDs to be relocated under the initiative and for the selection of existing hub cities. The secretariat also expressed commitment to continue to strengthen and expand the initiative, with a focus on the inclusion of Lusophone HRDs.

13. Ms. Hannah Forster, Executive Director of the African Centre for Democracy and Human Rights Studies (ACDHRS), moderated the panel discussion on the Marrakesh Declaration, and the role of National Human Rights Institutions (NHRIs) and non-governmental organisations (NGO) in protecting and promoting HRDs in Africa. In the panel discussion, Hon. Ngoy reflected on the importance of the Marrakesh Declaration, and of strategic coordination between HRDs and NHRIs. Ms. Sekaggya discussed the mandate of NHRIs, as set out in the Paris Principles, and recommended, among other things, that HRDs should advocate for an HRD desk within their respective NHRIs. Mr. George Morara, Commissioner of Kenya National Commission on Human Rights (KNCHR), stressed the need for NHRIs to focus on marginalised HRDs. Mr. Arnold Tsunga, the Chairperson of the Southern African Human Rights Defenders Network, and Mr. Edmund Yakani, Chairperson of the South Sudanese Human Rights Defenders Network, presented innovative ways for HRDs to collaborate with NHRIs. To crystallise the discussions, the participants carried out group work to analyse avenues to enhance the co-operation between HRDs and NHRIs. Of the many challenges and recommendations presented, the need for NHRIs to be independent, autonomous from the government, and pluralistic was stressed.

14. Mr. Joseph Bikanda, gave an overview of the main action points of KAPA, and invited participants to form working groups to reflect on how to best adapt the action plan to reflect the current human rights environment. The groups focused on four main thematic areas respectively: partnerships and networking; research, advocacy, and strategic litigation; protection; and capacity building.

15. The day was closed with a candlelit silent vigil to express solidarity with HRDs and people of Sudan amid the ongoing violence and crackdown on protesters in the country.

16. The third day of the Convention opened with presentations by group rapporteurs, highlighting key points of the group discussions from the previous day. On the basis of group recommendations, the KAPA was reviewed in plenary, and the reviewed document, KAPA+10, was adopted with consensus. Mr Tsunga led a discussion on the way forward, and the main outcome of that was instructions to the secretariat to develop a strategic plan to facilitate implementation of the KAPA +10.

17. In his closing remarks, Mr. Shire thanked all convenors for fruitful three-day deliberations. He announced a steering committee meeting and the third edition of AfricanDefenders’ Shield Awards, to take place later that day, to recognise outstanding HRDs for their impact on the protection and promotion of human rights. He officially closed the meeting. 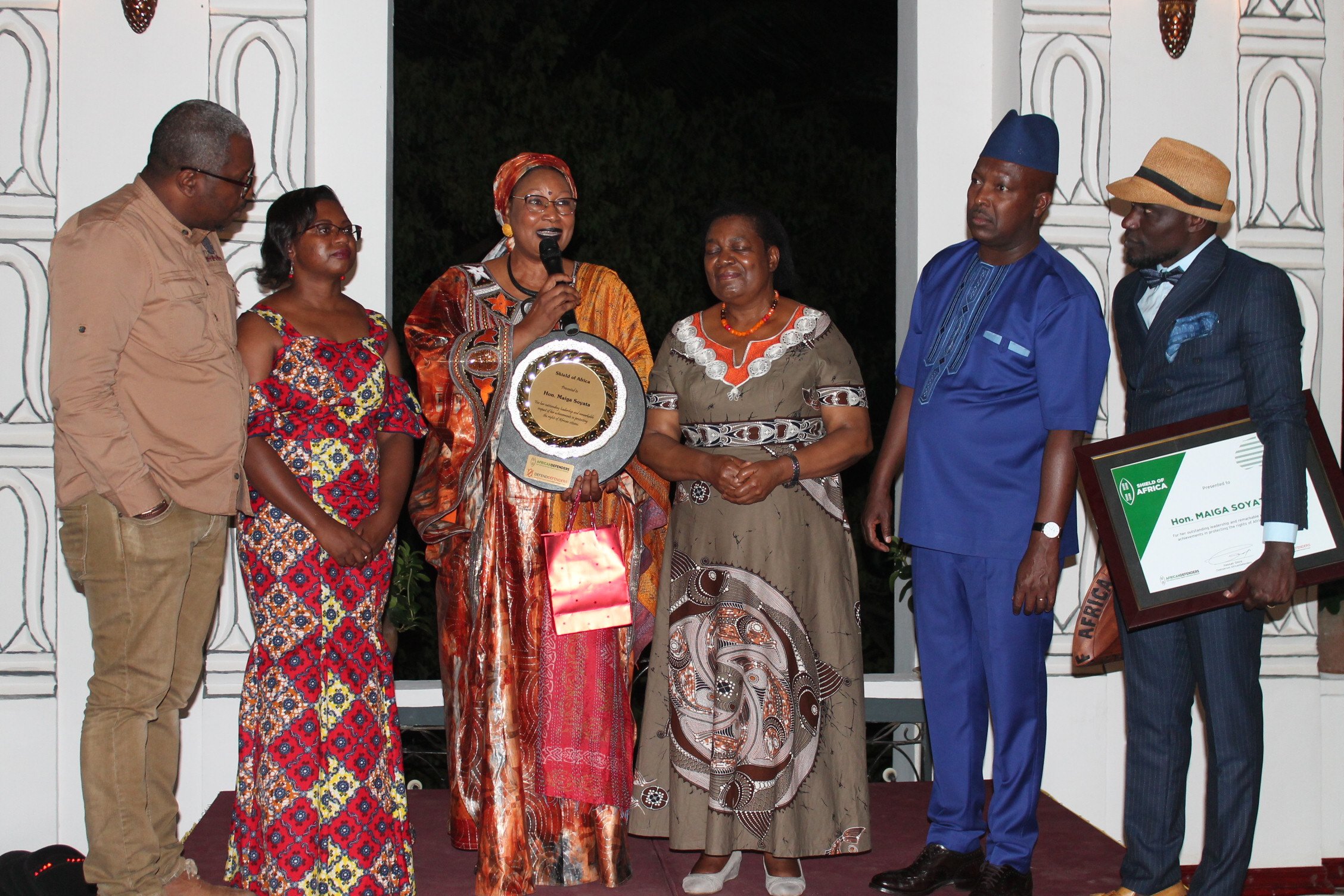 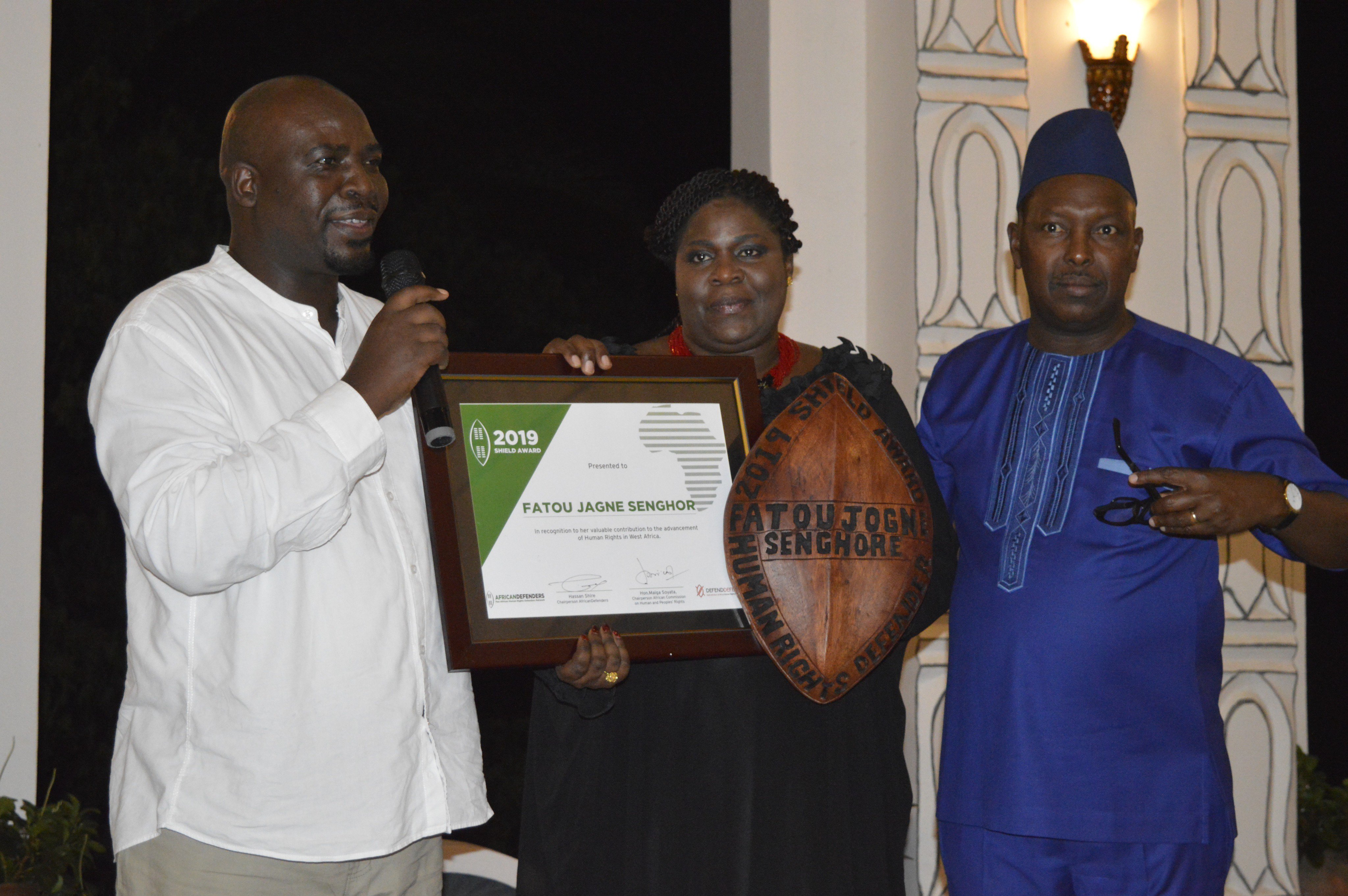 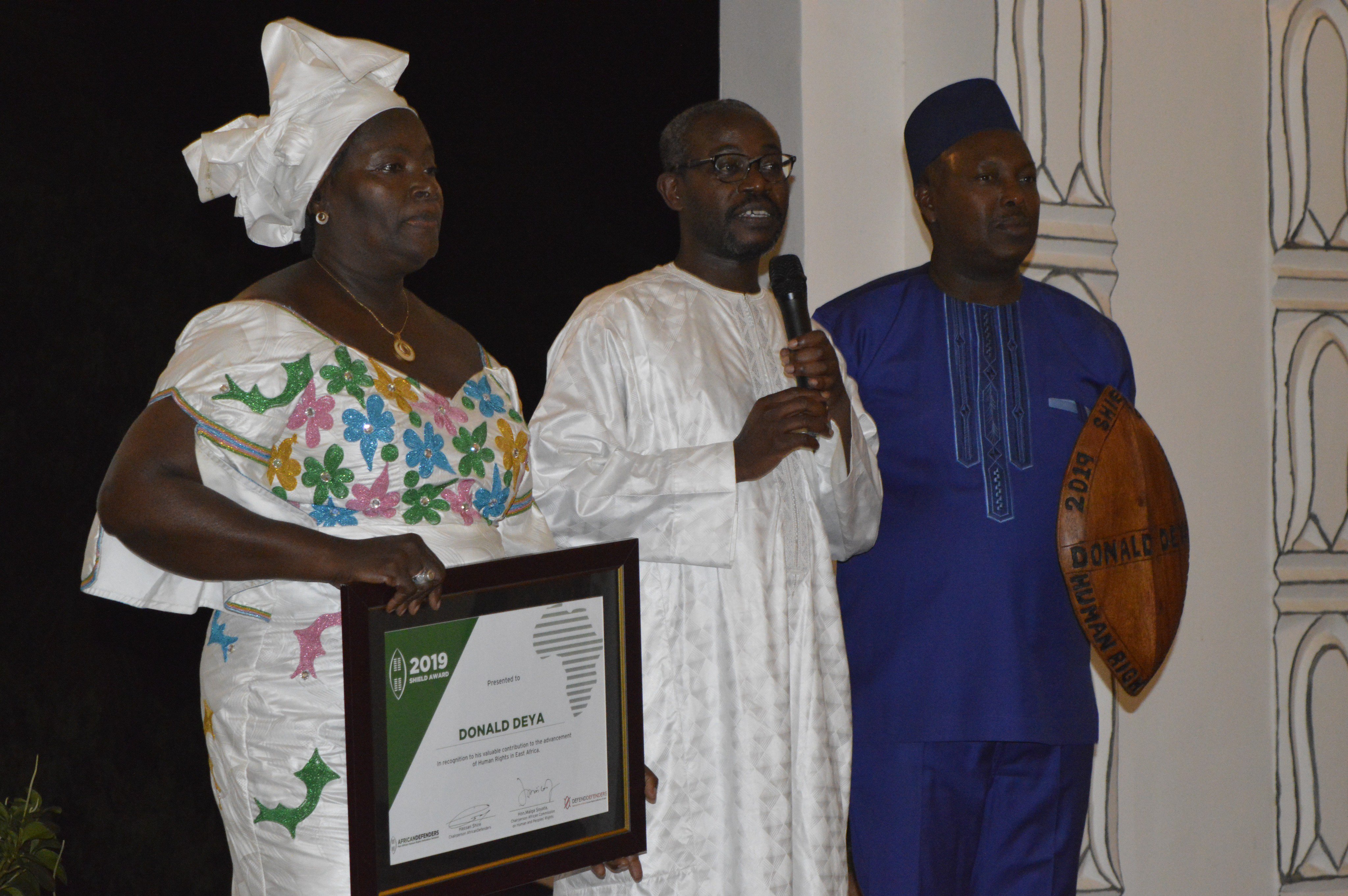 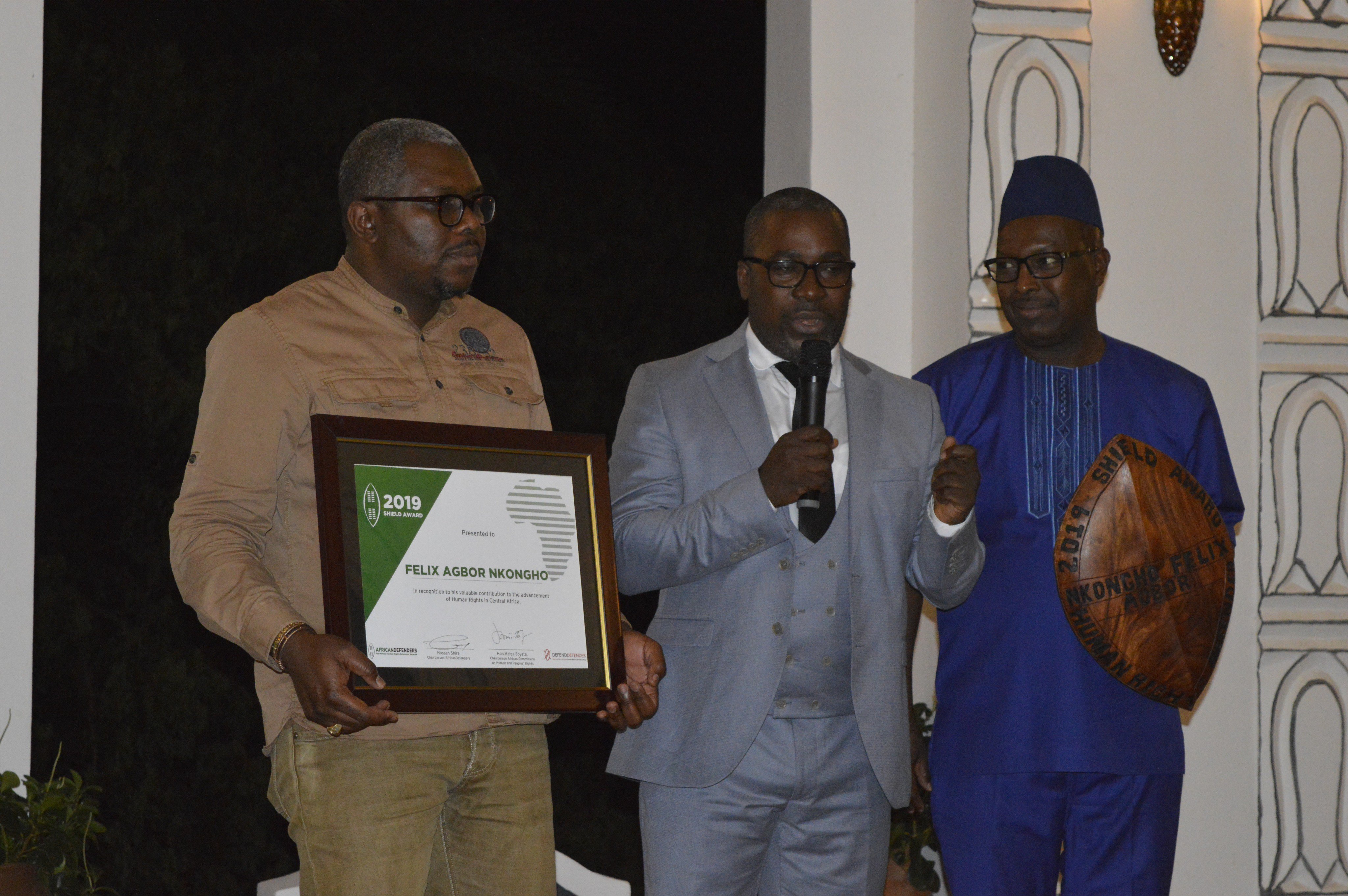 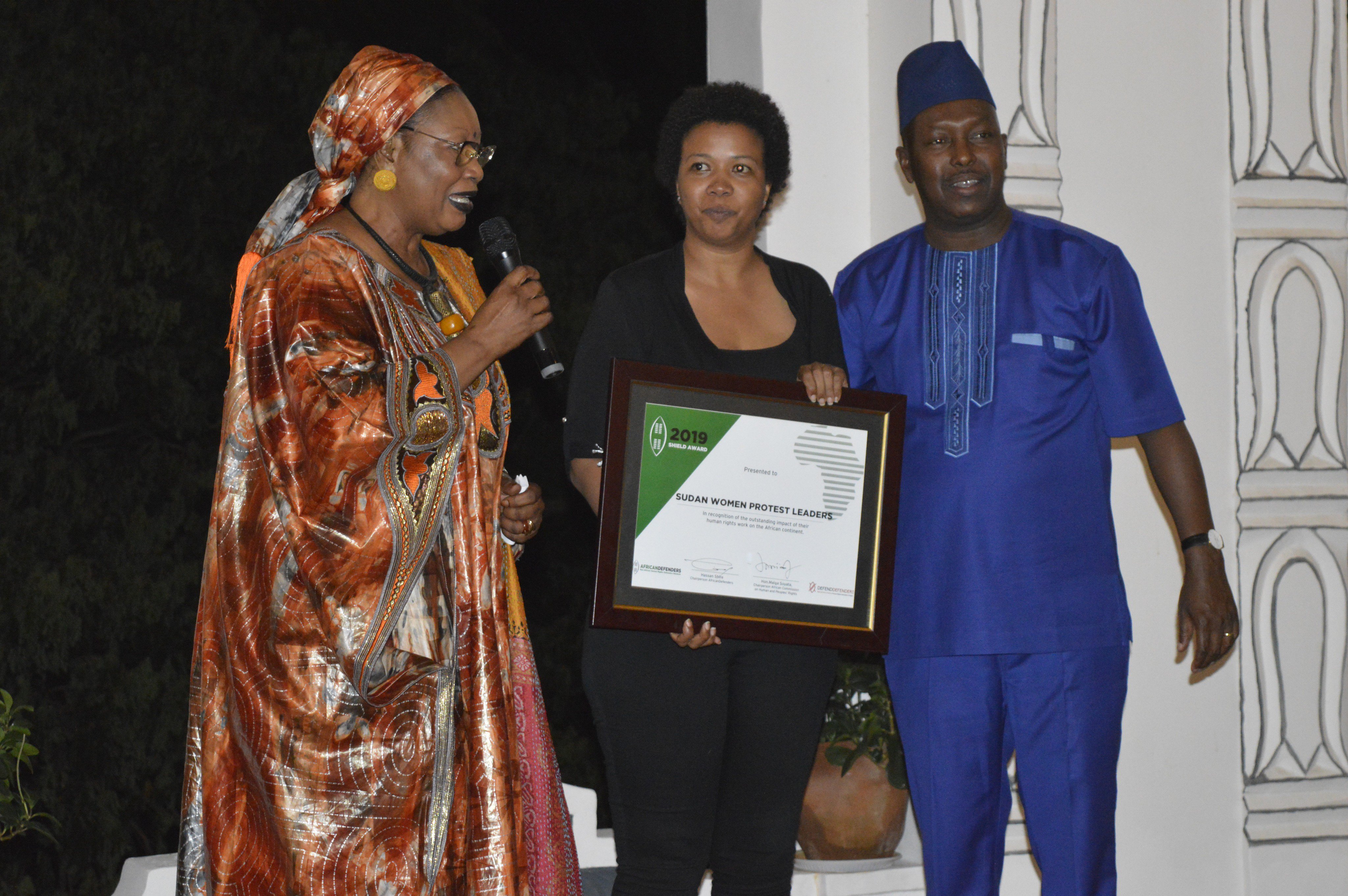